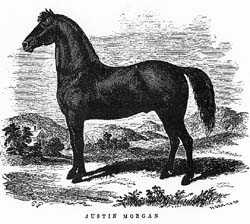 Justin Morgan Had A Horse

In 1791 Justin Morgan, a singing school master in Randolph, walked home from Springfield, MA. with a bay-two-year old colt taken as payment of a debt. That colt he called Figure, soon created a legend for his ability to out work, out run, out trot, and out walk any horse in the area. As his saga grew over the 30 years he lived in Vermont, countless sons and daughters were produced in his image. For Morgan’s horse, now better known by his master’s name, was one of the greatest breeding stallions of any time – the only one to establish a breed by himself.

From Vermont the popularity of Morgan blood spread across a growing nation. Every generation added to its luster: Black Hawk, epitome of equine symmetry and perfection at the trot, Ethan Allen, champion trotter of the world, renowned in the Racing Hall of Fame and familiar from Currier and Ives prints, and Green Mountain Morgan, winner of premiums and championships as a blood stallion as far away as Kentucky, Ohio and Michigan.
Throughout the 19th century, wherever the need for a horse, the Morgan seemed to serve best. He earned his keep as a general purpose frontier horse, in teams hauling freight or passengers, trotting races, pulling doctors’ buggies, delivering rural mail, drawing carriages of Presidents and financiers, and being cavalry horses.
In the Civil War the 1st Vermont Cavalry was mounted exclusively on Morgans. Only 200 of the 1,000 returned home having survived 75 major conflicts. They won a reputation for being the best cavalry and artillery horses in either army.
The Morgan is the only breed ever fostered by the US Government to meet America’s needs. From 1907 to 1951 what is now the University of Vermont Morgan Horse Farm in Weybridge, VT was operated by the USDA to perpetuate the breed and provide breeding stallions for Remount Stations across the country. Some of the most famous endurance horses were foaled there.
The contribution of Morgan blood to all later American breeds is extensive and well documented; including the Saddlebred, the Standardbred, the Tennessee Walker and the Quarter horse. Two hundred years of changes from frontier Vermont to the space age has meant differing uses for Morgans, but they have always adapted to every need. The Morgan’s innate desire to please and to give his best has remained a constant. So has his versatility, his ability to do many things well.
In Harness or under saddle, his marvelous disposition and willing attitude make him an ideal family horse. An amateur can raise and train him with minimal help. An easy keeper, he remains healthy and sound over a life span 10 years longer than most breeds. On a noisy, busy road or a mountain trail, working cattle or accepting the discipline of dressage, teaching children the basics of horsemanship or showing off his brilliant and animated gaits in a horse show Park Class, Morgan do it all, with beauty and enjoyment.
Reprinted from 1981 VMHA Directory

The Morgan horse is more than a breed to Vermonters; it’s also a brand.

Vermont’s most visible gift to the world beyond the Green Mountains might be the Morgan horse, state animal and one of the most beautiful and recognizable equine breeds. “When you drive across the country and see weathervanes in the shape of horses, a lot of those are recognizably Morgans,” says Fred Braden, executive director of the American Morgan Horse Association in Shelburne.  Read More

Due to the Coronavirus Out Break, many events have been canceled.

We look forward to seeing you all soon! 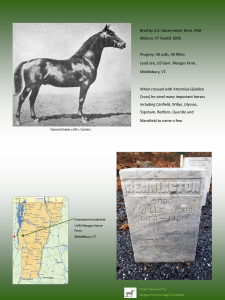 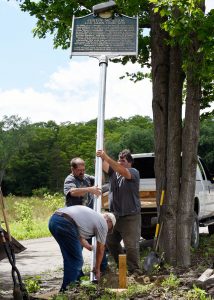